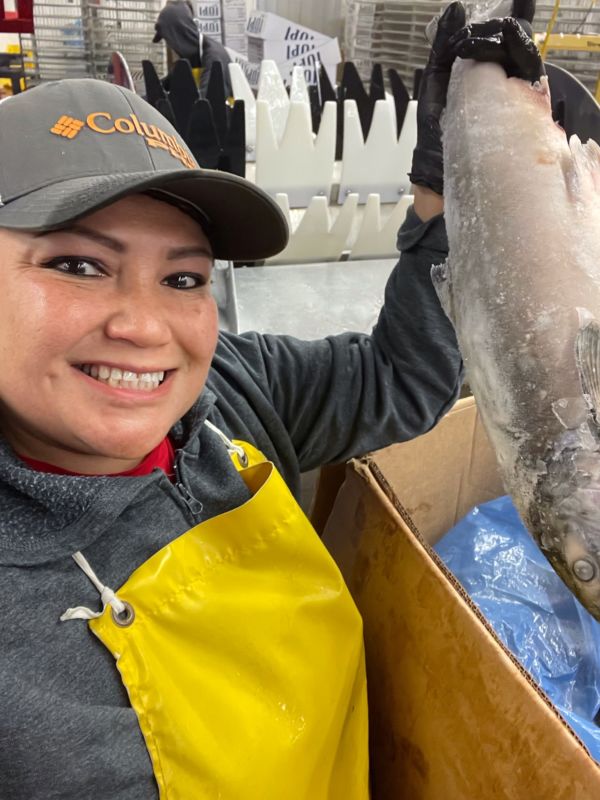 The lives of villagers along the Yukon River revolve around the bountiful harvest the river has provided for centuries. People have depended on it as a food source that is the center of many traditions. For the second year, poor fish returns have prompted the Alaska Department of Fish & Game to impose severe fishing restrictions along the Yukon, a decision that impacts the economy, nutrition and culture.

ADF&G recognizes the negative impacts surrounding their decision to restrict subsistence and commercial harvest of chinook and chum along the Yukon, but with salmon runs being the lowest on record there was no choice but to close the Alaska portion of the river.

Subsistence and commercial fishers in the U.S. and Canada depend on salmon that run up the river that stretches almost 2,000 miles across the two countries. In a good-faith measure to sustain viable fisheries on the Yukon, the United States and Canada signed the Yukon River Salmon Agreement in 2001 and continue to work cooperatively to manage salmon runs through the Pacific Salmon Treaty.

The purpose of the treaty is to rebuild and conserve salmon stocks on the river and provide for subsistence and commercial harvests in both countries. ADF&G uses safeguards, including fishing closures, to keep salmon runs from dropping too low. It upholds the commitment to allow a minimum number of chinook and chum salmon over the Canadian border as outlined in the Pacific Salmon Treaty.

Poor returns of chum on the river system are part of a larger pattern around the state. The low counts may be linked to several factors. Common theories include overharvesting, man-made barriers, degraded spawning grounds, climate change, abandoned nuclear submarines polluting the water, and unintended bycatch of salmon in the ocean at the mouth of the river. Congressman Don Young is advocating for the National Oceanic and Atmospheric Administration to research the possible causes for the decline.

For the first time in the Alaska’s history, state officials implemented total fishing closures on the Yukon. The summer chinook and chum fishing closure for subsistence and commercial fishers extended from the Yukon River’s headwaters to its mouth.

As biologists and federal officials continue to research the causes of the low salmon stock, villagers along the Yukon River continue to suffer. The restrictions mean fewer meals going into freezers and missed opportunities to pass along traditional knowledge to the next generation.

Children coming of an age when the art of putting up fish is taught, are left only to hear stories of fish camp while the fish racks remain empty. Catching, drying and smoking fish is at the cultural core of the Indigenous people of Alaska. For centuries, sharing salmon has brought Alaskans together.

Alaskans Helping Alaskans
While the Yukon River 2021 summer chum salmon run was the weakest ever recorded, the Bristol Bay 2021 sockeye run was the largest on record with 63.2 million fish returning to the bay this year. After the season closed, a group of Bristol Bay fishermen and processors met in King Salmon to discuss industry-related issues. They presented the idea to share their bountiful catch with their Alaskan neighbors, who were prohibited from fishing in their own communities.

The group contacted SeaShare to express their desire to help feed communities on the Yukon River that were unable to subsistence fish. Established by Alaskan fishermen in 1994, SeaShare strives to provide nutritious seafood to needy and impoverished people. Through their large network and long-standing partnerships with Alaska businesses, they brought together local fishermen, seafood processors, freight and transportation companies, and tribal agencies.

When Jack Schultheis, manager of Kwik’Pak Fisheries in Emmonak, received the call to partner with the salmon catch sharing effort, he couldn’t think of a better cause. He quickly contacted tribes in the region to determine the amount to be distributed to each household.

In the meantime, salmon was flown from Bristol Bay to Anchorage, where it was placed in cold storage until it could be transported to Emmonak. Kwik’Pak then repackaged the fish and coordinated the distribution.
Ryan Air delivered the salmon to Marshall and Russian Mission, and Kwik’Pak operated skiffs that delivered fish to communities along the lower Yukon. Tribes were responsible for receiving the fish and delivering boxes to members.

More than 11,200 pounds of salmon were delivered to thousands of villagers along the Yukon River. Although that seems like a lot of fish, it amounts to approximately two pounds of salmon per person.
It’s estimated that the population in this region consumes about 30-50 pounds of salmon annually. It’s an important staple.
“Folks here are not able to get all the fish they need to get through the winter,” says Jack.

St. Mary’s resident Ursula C. Prince lamented the salmon situation, which has been exacerbated by cold, wet conditions difficult for drying the fish that have been caught. Prince said that not being allowed to do any subsistence salmon fishing has been a cultural shock for the community and that its depressing for many people not to be able to provide for their families.

Additional Help On The Way
The effort and energy to get the salmon from Bristol Bay to the doorsteps of villagers got the attention of the Office of the Governor who saw that there was still a significant need due to the subsistence fishing closures. To help ensure that people have enough to eat, the State of Alaska has sent an additional 12,500 pounds of salmon to the region and SeaShare provided another 12,000 pounds.

Subsistence fishing is a way of life for most villagers on the Yukon River. They remain hopeful the fall salmon counts will be higher, even though early predictions for the fall chum run looks dismal.
This year’s salmon shortage for subsistence fishers along the Yukon River is a deep hardship for many communities that has been slightly alleviated by the generosity and traditional values of Alaskans experiencing more fortunate times.